The term “Electrical Service” can be confusing for many electricians. What does it consist of? Why are there different sizes? Why do we have overhead and underground services? Where does the service start/stop and where does the building power take over? In this video, Dustin answers several of these questions surrounding the topic.

In the simplest terminology, the electrical service is the point at which power from the utility enters the residence/structure. Usually, this takes the form of a utility transformer, which steps down the power to something we can use (say 120/208v or 277/480v). That transformer consists of a primary side (coming from the power generating station) and the secondary side (that which is at a much lower voltage) going to the building itself. As with all electrical circuits, each side of the transformer consists of a complete loop (or circuit) that allows the flow of electrons to return to its source. Different sizes of loads require different sizes of services. A house for example, since it is not as large of a structure, may have a service from 125a to 200a, while a commercial building can have a service up in the thousands of amps depending on the size of the building and what’s being powered.

Something to consider is the ground. Electrical services do not have a grounding conductor with them (normally). We derive the ground at the point of utilization. In other words, once the utility has brought power TO the structure, THEN we bond our neutral point to the earth so that a safe alternate grounding path is available for the circuit to return to its source and trip a breaker or blow a fuse. Most utility companies will disperse their power in three-phase, dropping two of them off to be used at single-phase installation (like a residence or smaller commercial space) and using all three phases at the larger commercial/industrial applications. Most residential power circuits do not require three-phase to operate, so the utility doesn’t typically send three-phase to residential neighborhoods. The commercial/industrial installations require three-phase to be more efficient with all of the different items needed to make the building operate- lights, large and small motors, receptacles, equipment, etc.

When it comes to grounding the system, there are 3 basic items to remember. The Grounding Electrode is the item used to connect the system to Earth- like a ground rod, or grounding plate, or Ufer ground. The Grounding Electrode Conductor physically connects the Grounding Electrode to the system, usually in the form of a wire. Without it, the system would have no way of being connected to the earth. The Equipment Grounding Conductor is what we would normally associate with the ground wire connecting our electrical equipment together. It is meant to bond all of our equipment together and leave everything with a safe alternate path of grounding. Overhead and underground services are available, and you will see both used frequently. While newer installations will put the service underground, the older ones you normally see overhead. Aesthetically, it is much more pleasing to the eye not having to see the overhead wires and poles, and technology/equipment have become much better in the recent era to allow us to dig them in. The meter itself is also considered part of the electrical service as this is where the utility can measure the amount of electricity being used and charge accordingly.

The size of the service will depend entirely on what you are intent on providing power to, or have the potential to provide power to via expansion. The more circuits and more amperage that is needed will require larger conductors/panels/meters. There are a few different ways to determine what is needed for your installation and Dustin covers that in another video. 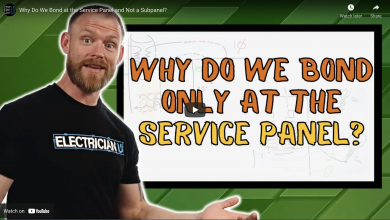 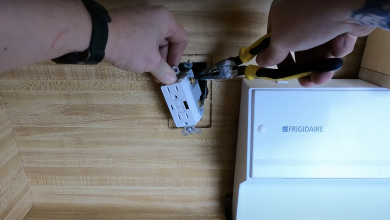 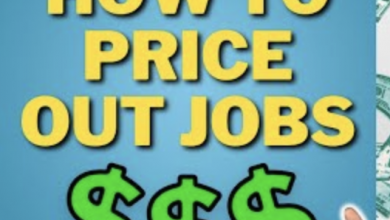 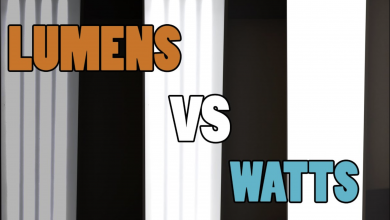 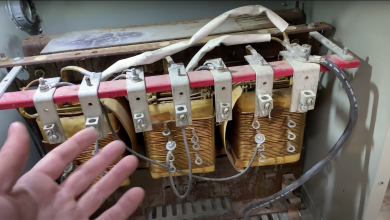