When there is a fire, or we need to submerge cables in water for extended periods of time, or we need to ensure an uninterrupted power supply to important industrial equipment like motors, we must ensure the wires in those places remain suitable for use during their lifetime. One important aspect of the necessary maintenance for cables like these is to test the insulation resistance values using a megger. Today, we will be diving into everything you need to know about using a megger, and when you need to use one. So without further ado, let’s get into it!

What is a Megger?

A Megger, or Megohmmeter, is a special tool used to test the electrical resistance of insulators. This special device reads values in megohms, or 1,000,000 ohms. Varying types of models and brands provide devices that are very different in looks and size, but the most prominent type for field techs is a handheld device that looks similar to multimeters electricians use.

How is the testing done?

Say we are going to run a test on a three phase motor in a manufacturing plant. With the power disconnected and our LOTO (lock out, tag out) in place, we can begin the insulation resistance test. We would take one lead and connect it to either the grounding conductor, or the case of the motor (since the case should be bonded), and the other lead to an ungrounded conductor. The megger would then impress a DC voltage between the two probes. The higher the IR (insulator resistance), the better and more intact the insulation is, and thus, the safer the conductor is for use. This is extremely useful for means of preventative maintenance, or for insurance purposes after a disaster like a fire or severe flooding.

Originally built in 1889, the megohmmeter has been a pivotal technology in determining the relative safety and overall longevity of the equipment supplying a conductor’s insulation. Back in the day, these meters had to be hand-cranked to produce the current for these testing procedures. This would require ample space for this test to be performed, which was a hard feat to accomplish. When the procedure was concluded, the machine would then need to discharge its power to be safely handled. The general rule of thumb for discharging was that it would take five times longer to discharge than it took to perform the test. Essentially, if the test took ten minutes, the discharge time would be 50 minutes.

Early battery technology had very little to be impressed by. Storage capability was so poor that you could expect the megger’s battery to be drained by the end of a shift, leaving the maintenance engineer without a tool. Worse yet, when their battery supply had been used by just 30 percent or more, the readings of this equipment were wildly less accurate. By the 1970s, however, battery technology had come a long way resulting in enormous strides in electronic development. Today’s meters are handheld and incredibly accurate, and there is no required discharge time as there was with the manual testers of old.

A continuity test from a multimeter does not and will never take the place of a true insulator resistance test performed by a megohmmeter. While their processes may seem similar to an untrained technician, the continuity test does not check the resistance of a conductor’s insulation. This is a crucial distinction to be aware of when approaching a situation in which it’s important to know the insulator’s resistance.

While an ohm test with a multimeter can measure the resistance of a conductor it is more often used to determine whether or not a complete loop is present, using it as a continuity tester. An example of this is when trying to identify a single piece of 12/2 romex in a box with several other pieces of 12/2. With power off to the circuit an electrician can twist the black and white conductors together at one end and on the other end touch the black conductor to one lead then the white conductor to the other lead. If the multimeter produces an audible tone we know a signal is being sent from the meter, through the loop, back to the meter. If there’s no tone this is not the correct piece of 12/2 romex. This method of testing is called “continuity testing”

This is not the case for a megger. Insulator resistance tests are done to ensure there is no leakage current. As described above, with power disconnected to the circuit, you would connect one probe to ground, the bonded case of the equipment, or water that the cable is submersed in. Then, you would attach the other probe to a conductor supplying the equipment. The megohmmeter would then give you a resistance value. The closer the value is to infinity, the better the insulation. Generally speaking, a good yield for this test is one megohm per one kilovolt, plus one megohm (1㏁ per 1kV + 1㏁). For example, if the supplied voltage was 500V, the test yield sufficient to pass would be one and a half megohms or greater. 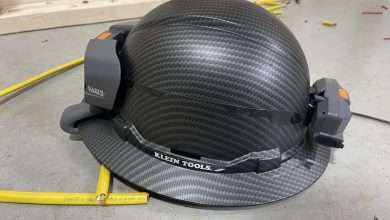