The terms magnetic field and electric field are often thrown around haphazardly without understanding exactly what the differences are between them. This is not surprising; magnetic fields and electric fields are complex phenomena that act similarly in some ways. Though this is true, they are not the same things and need to be understood separately, as well as how they work when combined.

The magnetic field is used to describe the influence of magnetism on a point in space. There are some materials in our world, typically metals, that will attract one another physically when you put them close together. Others will repel each other. In physical magnets, magnetic fields are caused by certain materials while other materials are unaffected by the phenomena. If a material is not affected by magnets, it is considered a non-magnetic material. Some examples of these are wood, plastic, paper, glass, and rubber.

Similarly, in electrical circuits, we have electric fields that can exist around electric objects. An electric field describes the influence of electricity on a point in space. There are particles that exist within matter that will repel and attract one another, just as there are particles that will be completely unaffected. Materials that are not affected by charged particles are considered insulators, while those affected are called conductors.

It’s not just conductive objects that we find may not also be magnetic, there are magnetic objects that are not electrically conductive, though less common. These are called magnetic insulators and usually refer to materials that have some type of “magnetic order” that allows a magnetic attraction, but still act as an electrical insulator, disallowing electrical current flow in the material.

An electric field will have a difference of electrical potential between one side of the field and the other, which represents the force, or pressure, which exists between the two sides. Connecting the two sides of the field together with a conductor will make electrically charged particles flow from one side to the other in an effort to balance out. This movement of charges is what we call electric current, and we use it to do work. A magnetic field will not have a difference of electrical potential between one side of a magnet and the other. A magnetic force is simply an effect that allows attraction and repulsion between objects but does not create a flow of electrical current between two magnetic objects. Electrical current flow is a result of a build-up of opposing electrical charge between two separate conductive objects.

What is the fundamental quanta, or smallest particle, that makes up a magnet? A magnetic monopole is a hypothetical particle (or class of particles) that has, as its name suggests, only one magnetic pole (either a magnetic north or south pole). In other words, it would possess a “magnetic charge” analogous to an electric charge. Similar to an electric charge, it gains true importance only when its opposite charge is present to interact with.

A magnetic dipole is capable of exerting a magnetic field to form a “magnetic circuit” with other magnetic components including other magnetic dipoles. Every magnet has lines of force around it that extend from pole to pole. We call these lines of force, flux lines, and say magnets have varying amounts of magnetic flux, depending on the materials they’re made of. A magnetized object, if small enough, will have a magnetic field similar in shape to its size. Depending on the shape and where the north and south pole is placed, it can create different patterns or magnetic fields around it. The important thing to understand is that magnetic fields are invisible, yet they are observable when creating an interaction between two different magnets. And the real separator from electric fields is that electrical potential (voltage) will not exist between the north and south poles of a magnet, but it will exist between positive and negative electric charges.

Next, we can look at the fundamental quanta of electric charge, the electron, proton, and a few other subatomic particles within the atom. Just like a magnet, one of these alone doesn’t have anything noteworthy to observe, however, when another charge similar or opposing polarity is introduced you’ll notice an invisible field between them similar to that of a magnet. We don’t call this a magnetic field, we call it an electric field – even though it can interact with magnetic fields, and acts similarly to attract and repel.

Charged particles contain either a positive electric charge or a negative electric charge. Just as with magnets, there are lines of flux around the particles, and the more charges we stack together the greater the overall electric flux we can achieve in the electric field around the conductor. Stacking up charges on one side of a field, and opposing charges on the other side of the field is what gives us a difference of electrical potential, or what we call voltage. When we physically connect the two sides with a conductor, electric current will flow through the conductor. Meaning the charges will leave the original object, travel through the conductor to the other side of the original object, acting to discharge the build-up of charges back to an even amount of charge throughout the system.

Both electric fields and magnetic fields can influence the movement of electric charges in an electric circuit. Both can also influence a magnetic field in a magnet. Where they differ, however, is in the way the fields operate. Since an electric charge is a single object or monopole, and a magnet is a dipole (excluding the aforementioned theoretical monopole idea) the fields around the objects behave differently. A magnet has a field around the entire object, leaving one end and traveling to the other. A charge will have a field either only “pushing outward” or “pulling inward,” depending on if it is a positive or negative charge.

The Electric Field only interacts with other charged objects – much like the magnetism of a permanent magnet only interacts with other magnetic materials. They seem so similar, that one could confuse them for the same thing. When we back up and view them from far above we realize that moving a magnet near an electrical charge will make the charge move, because a magnetic field can interact with an electric field around a charged particle. Also moving a charged particle near a magnet will allow the electric field around the charged particle to interact with the magnetic field around the magnet. However, no electric current is transferred from the magnet to the conductor, nor from the conductor back to the magnet. The electric current only exists within the electric conductor, which if it is copper, is a non-magnetic material. 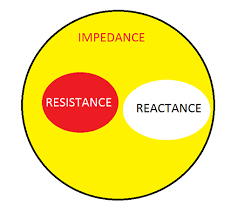 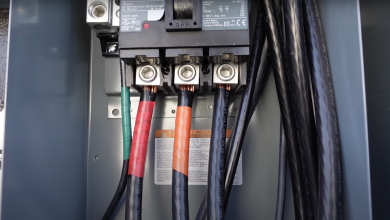 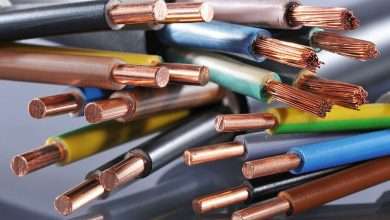 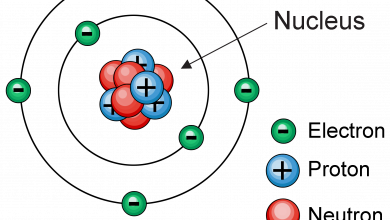