Today, we will be doing a follow-up of another article, “Driver V Ballast”, in which we talked about the differences between LED Drivers and both Magnetic and Electronic Ballasts. We touched on the basic principles and theory on how each works, the history of light fixtures, and briefly dove into the dimming capabilities of both ballasts and drivers. Now, we will look into the emergency ballasts: what their purpose is, wiring diagrams, and how they function. Grab a cup of coffee or a cold beer, sit back, and let’s dive into today’s topic: Emergency Ballasts.

*Disclaimer – For all intents and purposes of today’s article, we will be using the most recently published version of the NEC(2020). Some references may differ depending on the version of code you are using.

Basically, people need to be able to see down hallways and in rooms to get to exits when necessary. This is what egress lighting, or lighting that helps guide one’s way out (along with illuminated exit signs and other required luminaires), is for. For this lighting, it is required that there be one lumen per square foot (one foot candle).

Image 1 below shows an example of a wiring diagram for an emergency LED driver.

*Disclaimer – For our discussion purposes today, we will be referring to the image provided. The text will be typical of said image and may not apply to all manufactured products. Please consult all manuals and diagrams with specifications to that product.

This leaves us with a yellow/black, a yellow, a black/white and a blue conductor.

What does all this mean?!

What’s actually going on here? What do all these connections mean and how does it all work?

From there, the switched conductor feeds through to power the regular driver via white/black wire, which then converts the AC voltage into DC. Then the driver outputs a DC voltage to the lamp from the positive terminal (red colored) and flows through the blue conductor of the emergency driver. Power is then sent through the yellow conductor to the lamp, and returns to the negative terminal (blue or black colored) and negative conductor of the emergency driver (yellow/black). This is normal operation.

In the event of a loss of power to this circuit, the emergency driver senses this loss and switches to emergency mode in which the lamp is then powered by the back-up battery. When no power flows through the unswitched conductor, the system automatically knows to transfer its output from feeding the driver to directly feeding the lamp. DC voltage will travel through the yellow conductor to the lamp then back through the yellow/black conductor to complete the circuit.

What about the inverter wires and integral test button? I’m glad you have been paying attention! The two ends of the inverter leads need to be connected for power to charge the battery. Lastly, the integral test button needs to be wired in for maintenance personnel and technicians to test if the battery still has a good core charge. Over time, batteries can go bad. This is why it is imperative these emergency lights be tested once a month or per manufacturer’s direction to ensure optimal operation in time of power loss. This is also a good time to remind you that we are supposed to check GFCI devices and breakers once a month, also. Yeah, I’m looking at you.

Hopefully, by now, we have a better understanding of how these devices work and their importance to the well-being and safety of people in the event of a loss of power. Not only is the knowledge of how to properly install these devices a crucial aspect, but it is also imperative to perform regular maintenance on these luminaires by testing the battery. 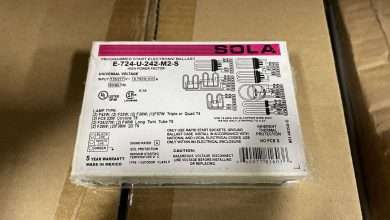 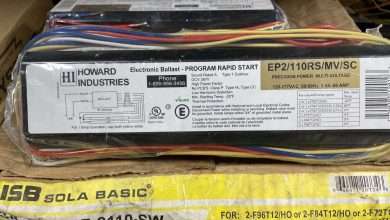 Drivers vs Ballasts – What’s the Difference?